How long will you have to wait for an abortion in 2016?

At the moment, North Carolina and Oklahoma are both trying to create 72 hour in person waiting periods for an abortion - although not necessarily face to face with two trips to the doctor's office. If they pass, that would make them states four and five in the country requiring a three day wait. But they aren't the only ones lengthening waiting periods, in many cases requiring two trips to the doctor or extending how far apart those trips need to be. 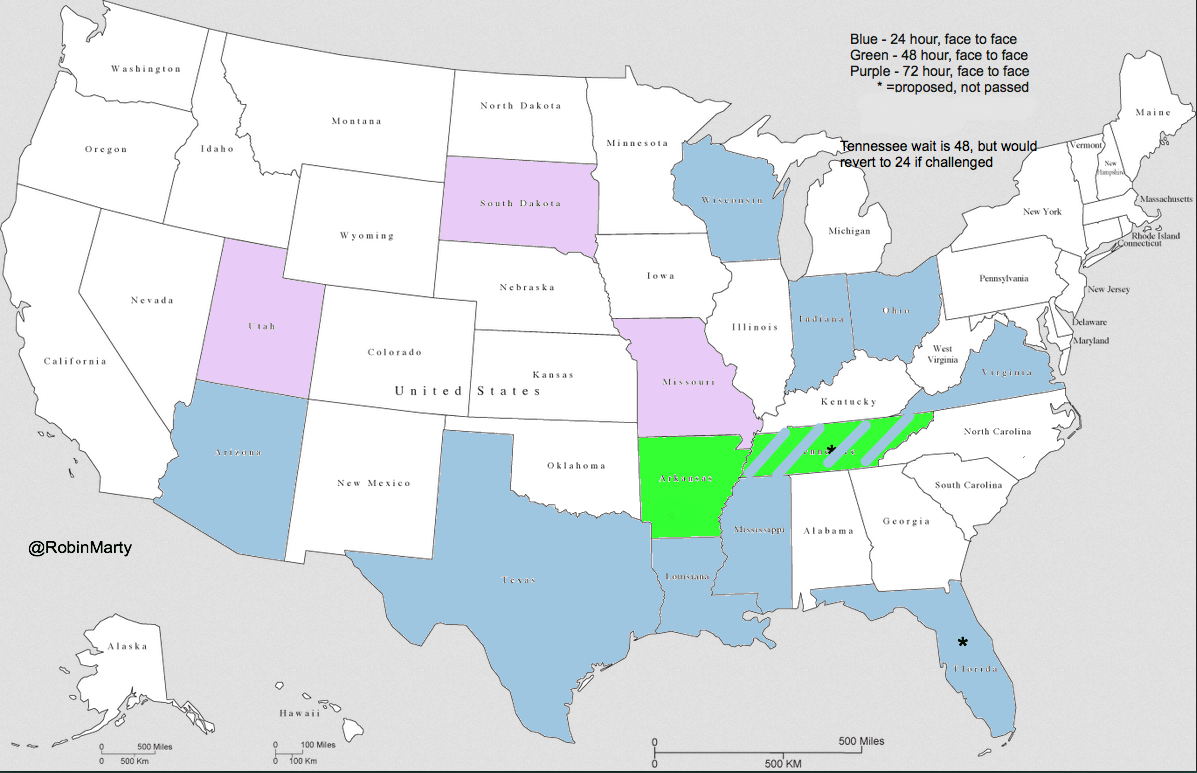 "Pregnancy prevention isn’t only an on-paper project for the group, but one they embrace in real life crisis situations as well. One ARRA member recounted a time when the group helped a mother of four obtain emergency contraception after she and her husband had unprotected sex. The woman had already had many difficult pregnancies and wasn’t sure if her health could withstand another, but when she approached her husband about her taking the morning-after pill to be completely certain, he said that if she got pregnant, obviously it was meant to be.

His complete control over the family finances made it impossible for her to purchase the medicine, which, while sold over the counter, often costs $40-$50 for a dose, without him noticing the expense. ARRA stepped in and paid for the drugs from its own fund, just as it has financially assisted dozens of women struggling to finance their own healthcare needs." - read the rest at Contributoria.
Posted by Robin at 8:34 AM No comments: