Most Second-Trimester Abortions Could Soon Be Illegal in Kansas - Cosmopolitan.com

"Just by virtue of having multiple clinics and not requiring a mandated 72-hour wait like the one recently put into effect in Missouri, Kansas has by default become one of the 'easier' states to get an abortion — at least, when compared to most of its next-door neighbors. It is no wonder that lawmakers and activists have picked that state as their newest target for testing out a new piece of legislation that would essentially make it illegal to provide an abortion after the first trimester of pregnancy."
Read more at Cosmopolitan.com
Posted by Robin at 11:19 AM No comments:

"Joining the Other Side: My Two Days As An Anti-Abortion Activist at the March for Life" 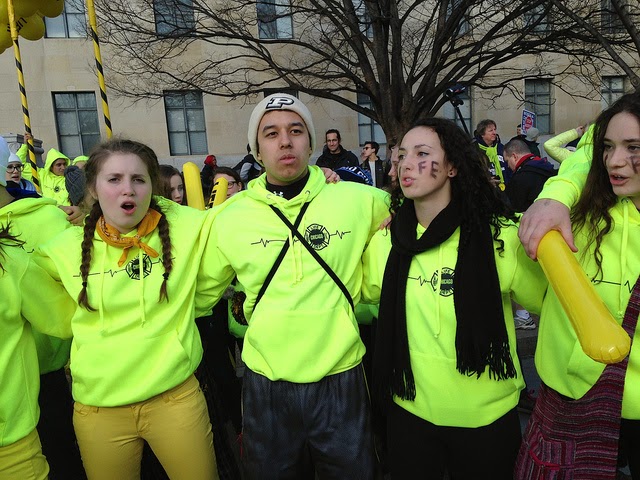 “I should be able to protest Planned Parenthood for at least an hour, but if I go to the ‘die-in’ at the White House, there is no way I will make the legal symposium on overturning Roe v. Wade.”

For the last two years of reporting on the activities on abortion opponents, at some point during an interview the subject would inevitably ask me if I had ever attended the March for Life in Washington, DC. Part memorial, part celebration, the march has become an annual rite of passage for those who devote their energy, money and time to ending legal, safe abortion access in the US. What started in 1974 as a protest of the Supreme Court decision acknowledging a right to an abortion that no state could prohibit has evolved in the following four decades. Now it is a multi-day event that combines reunion, grassroots political organisation and a generational torch passing as the original pool of pro-life activists train those born after Roe and who will inherit the mission of bringing abortion to an end.

Repeatedly, I was told that the best way to really understand what motivates the anti-abortion movement would be to join them at the March for Life. This year, I took them up on it. For 48 hours straight, I was going to attend rallies and seminars, even an abortion clinic protest. For two days, I would see up close what it was truly like to be an anti-abortion activist.